MasterChef suffered declining ratings and the departure of three iconic judges – until one person helped turn the ship around. 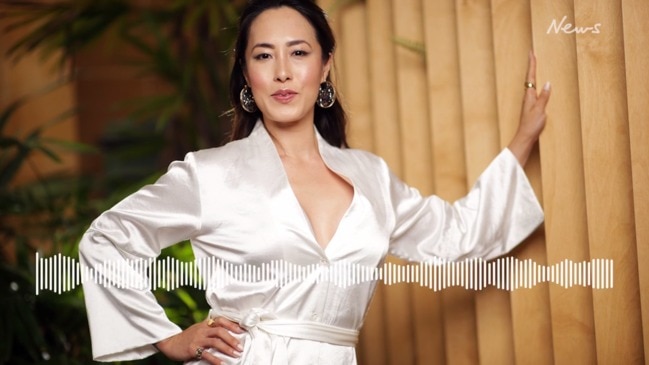 Melissa Leong has opened up about her battle with clinical depression and revealed she uses a codeword to tell producers she’s struggling.

Casual MasterChef fans could be forgiven for asking one simple question when the show’s three new judges were announced last October: Who?

Granted, most probably recognised Andy Allen, who won season four of the show, but food writer Melissa Leong and restaurateur Jock Zonfrillo were anything but household names.

Departing judges Matt Preston, George Calombaris and Gary Mehigan had become the most recognisable trio on Australian TV – Ten was taking quite the risk replacing them with relative unknowns.

It’s paid off. Ratings during last year’s season of MasterChef slumped to as low as 366,000 viewers – this year, about a million viewers are tuning in to each episode.

Anyone scrolling the #MasterChefAU hashtag on Twitter after each episode can see that it’s not just because of the all-star cast of returning contestants:

Melissa is such a delight! Why have we not had her on our tv screen up until now!? @fooderati #MasterChefAU

Look, I've just go to say it ...Melissa is the best eater ever #MasterChefAU

Melissa is the best thing to happen to 2020 #masterchefau

every time melissa does something to remind me just how delightful she is in her role as a judge on this show (which is frequently) I can't believe that any of us spent 11 years watching this show with 3 boring at best, wage-stealing at worst men at the forefront #MasterChefAU

Melissa Leong’s presence has gone a long way to revitalising the franchise, 12 seasons in.

The day the three new judges were revealed, a handful of Leong’s vaguely shady, years-old tweets about MasterChef resurfaced. “What happens when you go on MasterChef and then open a restaurant? Apparently not much. Back to second-hand car sales then …” she’d tweeted in 2012. A year earlier, she’d retweeted a joke that “the biggest mistake an amateur chef can make is going on MasterChef.”

Leong’s response to the “scandal” that night on The Projectwas a taste of the matter-of-fact manner viewers would soon grow to love.

“We’re all human, right? We all have perspectives on things that change over time and so, you know, why should I scrub all my social media clean of former opinions that I’ve had?

“I may not believe the same things I did before but I also don’t believe in presenting a sanitised version of myself that’s highly edited because that’s not who I am.”

Any ancient Twitter snark was soon forgotten when MasterChef started in April, with Leong quickly emerging as perhaps the most supportive, sensitive judge the show had seen.

She’s bonded with the diverse group of contestants, marking the competition’s strong showing of Asian Australians as a “groundbreaking” moment in Australian TV.

“I could never conceive of witnessing a moment like this on prime time television in my lifetime,” she wrote alongside an image of one episode’s top five contestants: Poh Ling Yeow, Brendan Pang, Reynold Poernomo, Jess Lemon and Khanh Ong.

In emotional scenes last week, Leong wept with contestants Poernomo and Ong as they spoke candidly about their childhoods – Ong being born in a refugee camp, and Poernomo’s family having immigrated from Indonesia.

Sydney-born Leong’s family is from Singapore, with Chinese ancestry.

“To tease open those conversations and to celebrate the stories that are not too dissimilar to my own … it’s not something that is lost on me,” she told news.com.au last week.

“We all understand there’s some sacrifices that were made on our behalfs in order for us to have opportunities to thrive and to grow in this incredibly magical country that is Australia. I think that’s a shared consciousness no matter what your cultural background is.”

Leong has also opened up about her own private struggles with viewers.

Speaking on a podcast last month, has opened up about her battle with clinical depression and revealed that she uses a codeword on the MasterChef set to tell producers she’s struggling.

“I have a codeword with our executive producer,” Leong said. “There are some times when I just need to go into a quiet space and shut the door and have half an hour to myself.

‘OLD JUDGES WOULD NEVER HAVE DONE THIS’

But it’s not all tears and inspiring speeches: Leong won praise earlier in the season when she broke away in the middle of announcing a challenge to take a dinner reservation. The judges and contestants were assembled at Thai Ute restaurant in Melbourne when the restaurant’s phone rang.

Leong took it upon herself to answer the call – and personally logged a 5pm dinner reservation for the following evening.

“Hello, Thai Ute. For tomorrow, a reservation, right?” she asked, before gesturing a producer to bring her a pen.

“Thank you so much, not a problem, bye!” she said, as she returned to the waiting contestants who gave her a round of applause.

Fans loved it. “Melissa answering the phone in #MasterChefAU was hilarious. I’ve said it many times before and I’ll keep saying it. The new judges are a breath of fresh air,” wrote one.

“Is this the first time in #MasterchefAU history that the judges have engaged with the general population?” asked another.

RELATED: Who will win MasterChef this year? We’ve done some sleuthing

Here’s one way to find out how well-liked you are in your new TV job: Call in sick for an episode. Viewers were hit with a double-whammy of weirdness during last Monday’s MasterChef: Not only were contestants suddenly spaced around the studio in keeping with coronavirus guidelines, but Mel was nowhere to be seen. She revealed on Instagram after the show that she’d been suffering sinusitis and visited a GP “in order to do the safe, thorough and responsible thing in such uncertain times”.

BUT Is it masterchef WITHOUT mel though??!?!?! #MasterChefAU

I miss Mel, i want them all to be told that they have beautiful souls and that they bring joy to the lives of strangers #MasterChefAU

Really missed Melissa and her eloquence tonight, it can’t be best dish week without our best judge #MasterChefAU