A pub owner whose alarms were constantly going off overnight though he had an intruder. And he did – but not one he expected. 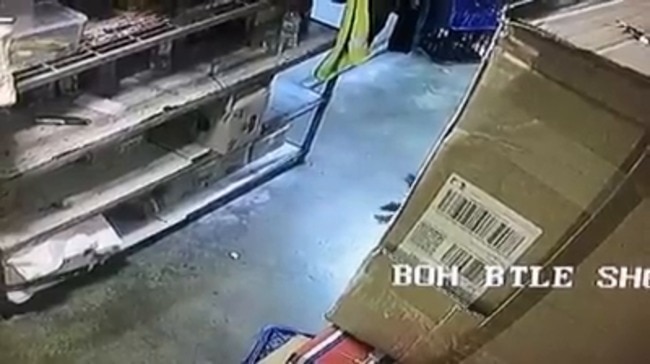 A northern quoll has been setting off alarms in the bottle shop at the Bungalow Hotel just minutes from the Cairns CBD.

The dastardly quoll caught at the Bungalow Hotel CairnsSource:Supplied

A Cairns publican has finally solved the mystery of who – or what – had been setting off the alarms at his hotel overnight.

Stewart Gibson of the Bungalow Hotel had thought an intruder was finding their way into his bottle shop store room. And he was right, But the intruder wasn’t human, it was a curious quoll.

"Every night at two, three, four in the morning we'd be getting these calls from our alarm company so I'd drag myself out of bed, go to the bottle shop and no one was there, " Mr Gibson told ABC.

The dastardly quoll caught at the Bungalow Hotel CairnsSource:Supplied

Initially he thought the alarms were faulty.

"On closer inspection, we found we've been having a little visitor each night."

CCTV installed by the pub showed the marsupial casually having a rummage around as the sun went down. It cased the joint, and had a good old sniff beneath the shelves.

Quolls are nocturnal marsupials native to Australia and the island of New Guinea and have distinction white spotted fur and long snouts.

They are generally solitary and live on the ground. eschewing trees in most instances. Meat lovers, they are stealthy hunters which perhaps suggested the quoll in question was scoping out the bottle shop for any tasty morsels.

However, given they get most of the water they need from what they eat, cracking into a few beers at the Bungalow might not have been top of the quoll’s priorities.

The night-time visitor will now be released further into the wild, said Mr Gibson.

"I think he's living in the ceiling at the moment. Hopefully soon we can get him down, humanely, remove him and put him back out to his own habitat," he told Channel 9.